In an interview, Castro lays out a plan for "closing the skills gap that exists in just about every community."

This week we're exploring the economy of San Antonio in-depth. Yesterday, we examined the city's burgeoning tech scene. Wednesday, we covered the city's plan to find students good jobs out of high school.

San Antonio Mayor Julian Castro had barely finished delivering the keynote address at last summer's Democratic National Convention before party leaders started daydreaming about turning Texas back into a blue state. The 38-year-old San Antonio native is one of the party's most high-profile Hispanic politicians at a time when Democrats are enjoying record support from Hispanic voters. He also leads a city with a relatively young population, and is using his office to promote policies that better prepare future workers to succeed in a changing economy. Last year, Castro successfully championed a ballot initiative--Pre-K 4 SA--that expanded access to pre-kindergarten education for poor and middle-class children by raising the city sales tax.

Castro is running for reelection this May, and if he wins another two-year term, he will be eligible to run one last time in 2015. He sat down with NATIONAL JOURNAL's Sophie Quinton in his City Hall office just a few hours before delivering his State of the City address. Edited excerpts follow. 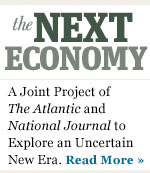 You’ve worked on a number of economic issues since you became mayor of San Antonio. What will you prioritize if you’re re-elected?

The approach we’ve taken over the past few years on economic development has been to focus on 21st century industries, particularly healthcare, which is the largest sector in San Antonio; aerospace, which is a significant sector of the economy; information technology and security, and the new energy economy.

The number one priority is to create brainpower and skills. You know, I’ve said a million times that brainpower is the new currency of success in the 21st century global economy. On November 6th, we passed Pre-K 4 SA; that was an effort to ensure that we raise a generation of San Antonians that never gets behind in the first place.

What we’re going to focus on--in 2013 and in the coming years--is closing the skills gap that exists in just about every community between what employers need and the pipeline that’s being produced. We want to ensure that whether it’s Toyota, or Lockheed Martin, or Boeing or Rackspace, that employers find people have the skills to fill those jobs. That’s a challenge for San Antonio, but we already have half the challenge met. For a lot of other communities, the challenge is twofold: they don’t have a very young population, and then those young workers who are there don't have the skills that are needed for those jobs.

I’m going to visit the Alamo Area Aerospace Academy later this week, a program that trains high school students to work in the aerospace industry. Is that the kind of vocational development program you’re talking about?

It’s that on steroids, basically. I’m convinced that we need to broaden the number of folks that receive that kind of training. As someone who went to the public schools, and graduated from a university and law school, I would love it if everyone went on to get a four-year degree and a professional degree. But I also know that not everyone is able to do that, and we can make ourselves more economically competitive if we make sure that folks who cannot are employable.

For San Antonio, it’s a matter of focusing on industries with payscales that are greater than the traditional industry of the city, which was hospitality. San Antonio has also been an underappreciated, underutilized and under-invested-in community by the market.

So you ask, what can a mayor provide? First of all, it's a vision for the future of the city, and setting goals. Another think that ever mayor in the United States works on the image of their city. For many years, this city was thought of as just a nice place to have a margarita on the Riverwalk. That’s not the San Antonio of 2013.

When you were campaigning for Pre-K 4 SA, what were some of the arguments you used that helped get it passed?

The research is pretty compelling that if you have a dollar to spend, the best return on your investment is to spend it early in a child’s life, when the child’s brain is developing at its fastest, before the child ever gets behind in the first place. So the research component of our argument was significant and, I believe, persuasive to the voting public.

Aside from that, we were opening up the program to some middle-class families at a very affordable rate. We reserved 10 percent of the slots for people who don’t fall under the usual six categories of people that qualify. That was very attractive to middle-class families, and that’s why I think that this universal pre-K will have legs. There are a ton of middle-class families out there that don't make enough to write a check for good pre-K, but they don't make so little that they can get it for free, either.

Switching to politics--what would it take to make Texas a swing state?

It’s going to take putting the foundation of political participation in place. People have to be activated. There have been too many people who might lean Democratic in Texas who are just not participating in the democracy. This is a particularly acute problem among Hispanics.

You’ve said that a challenge the Republican party faces is fielding candidates so far to the right that they alienate the business community.

That leaves a great opportunity for Democrats. The Democratic party is a bigger tent--there is no litmus test in the way that you can find in GOP primaries here. They are leaving much more of the field open for Democrats to take. It's going to take a while, but it's going to happen. You combine that with demography, and that's a recipe for turning the state blue.

I have to ask: are you planning to run for governor or any other office in the future?

I’m not going to run for governor anytime soon. But if I do a good job, I’ll look around after my time here is done.