Mapping the Hourly Wage Needed to Rent a 2-Bedroom Apartment in Every U.S. State

The figures highlight the mismatch between dipping job earnings and soaring housing costs.

Yes, the American economy is improving, and yes, we’re creating more jobs. But the hourly wages for a lot of these jobs are stagnant at best. According to the Pew Research Center, 30 percent of America’s workforce earns a near-minimum-wage salary—that’s almost 21 million people. As a cruel paradox, rents across the country keep rising.

A new report by the National Low Income Housing Coalition examines how these opposite trends play out regionally. The work maps how much an American worker needs to earn per hour in each state to rent a two-bedroom apartment. It finds that in no state can a person earning minimum wage afford such an apartment at market rent.

Governor Kate Brown of Oregon sums up the problem in the report’s preface:

In my home state of Oregon, and in communities across the country, working families searching for affordable rental units find little to nothing in their price range. There simply isn’t enough reasonably priced, decently maintained housing to meet the demand, and rapidly rising rents outpace wages. As a result, one out of four households spends more than half their income on housing costs. People with low or fixed incomes face even bleaker situations.

Rents keep rising because the demand for rentals keeps growing, and that’s partly because fewer people can afford to buy their homes today than they could before the recession. The low supply of rentals has created a situation where people who definitely can’t afford to buy are also priced out of renting. 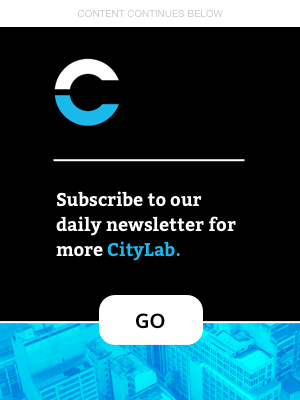 Here’s how the report explains the impact of scarce affordable housing on low-income renters:

The report’s calculations back up its claim. Currently, an average American needs to earn $19.35 to afford rent on a two-bedroom unit. That’s a few dollars more than the $15.16 average hourly wage earned by the average American renters, and 2.5 times the federal minimum wage. It’s also more than the median hourly wage of the the average American worker, which is $17.09.  For 13 states home to cities with skyrocketing rents—including California, Washington, New York, and Virginia—a person would have to earn well above $20 per hour to afford a two-bedroom place.

Even a single bedroom apartment isn’t cheap—requiring people to earn $15.50 an hour to rent. Three-quarters of extremely low-income renters (those who earn less than 30 percent of the average median income in an area), for example, pay more than half their salaries toward rent, the report says. For minimum wage renters, $15.50 is around double what they’re earning, which makes renting a one-bedroom out of question.

Expanding the nation’s affordable housing stock is one obvious solution. Raising the minimum wage, and fixing exploitative scheduling policies for part-time and full-time workers, are others. The National Low Income Housing Coalition report calculated that counties in Washington and Oregon, where state minimum wage is above $9, were the only ones where a worker earning that much could afford a one-bedroom apartment rent. For people earning a little more than $7 an hour, making rent for a one-bedroom place would take an average of 85 hours per week; for a two-bedroom, they’d have to work 102 hours per week.

Here is a map showing the hours per week a minimum-wage employee would have to work per week in their state to afford a one-bedroom place: